TARA A. DEVLIN is an author with a difference: taking her passion for Japan and drawing from her experience of having lived in the unique country, she has created a series of creepy books that have an authentic and vivid way of transporting her readers to another culture. Horror stories, unusual experiences, myths, legends and creepypastas; Devlin’s books contain them all. She has spent a vast amount of time sourcing the most disturbing and weird stories from Japan and collecting them into several volumes – as well as writing  her own fictional tales.

I recently started reading her work and was impressed – and I have since ordered many of her titles. I find her work to be brilliantly written and presented, and full of really disturbing and unsettling tales.

If you love horror, or are intrigued by the darker side of Japan as a country, I highly recommend her work. I recently approached Tara A. Devlin for an interview, and she kindly agreed. Here is the result of our exchange…. 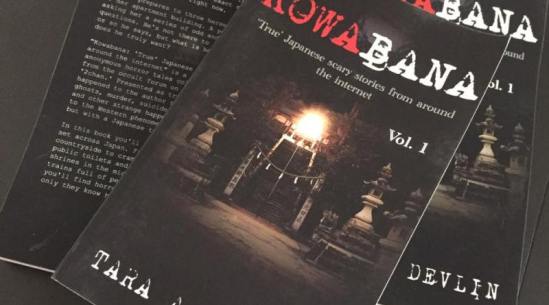 Can you tell readers a little about yourself, and how you came to be so interested and passionate about Japan and its cultures, myths and legends?

My name is Tara and I was born in Australia. I took an interest in anime as a child, things like Sailor Moon and later Dragon Ball, and when I was in high school I developed an interest for languages. When I was about to start university I decided I wanted to study a language and went with Japanese. I was also a big horror fan and studying the language introduced me to a lot of the Japanese horror films that were booming at the time (early 2000s) and it kind of grew from there! I moved to Japan after I graduated, lived there for 10 years, and the country pretty much made me who I am today!

Having lived in Japan for a number of years, you must have really immersed yourself in the culture. Can you describe – if possible – what life was like for you living there, and how you found the experience of living in the country?

When I moved to Japan it was strange. I instantly felt at home. I went over to teach English, like most foreigners without any real plan do, and I was assigned to a small town called Matsue in Shimane Prefecture. Shimane is known as the prefecture with the smallest population in all of Japan and yet the largest number of old folk in all of Japan… You can probably imagine what it’s like just from that 😉

I knew nothing of the place, but I was from the suburbs in Australia as well, on the far-flung outskirts of Brisbane, so I felt at home. The people are incredibly reserved, just as I am, and I was told often that “you’ll fit in great here.” And I did.

There’s this image of foreigners in Japan being rowdy, rambunctious, overly-loud and too straight-forward. I am incredibly shy and rarely speak unless spoken to, so I fit in quite well! I didn’t speak a lot of Japanese (ironically) when I moved to Japan, but after a few years it was enough to get through daily life with no problems, so things became even easier after that. It was my home and I loved it. 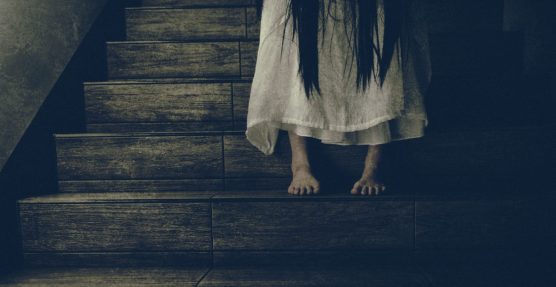 When and how did you decide to begin writing about the paranormal accounts of Japan? Was the heavy translation difficult for you and time consuming or did you enjoy the experience?

To cut a long story short, I returned to Australia after 10 years in Japan, spent two years with my family, and then moved to Europe to be with my partner (who I first met in Japan, although he’s not Japanese). I was looking for something to occupy my time in a new country and also keep my Japanese language skills going and one day I stumbled across a “kowai hanashi” (scary story) from 2chan. I vaguely remembered the story of Kisaragi Station and was like, hey, there are literally thousands of these stories that no-one has taken the time to translate, maybe I can do that! So that’s what I did. At first it was quite time consuming, but I’ve translated literally 100s of 1000s of words now, so unless it’s obscure and weird Japanese I can get them done fairly quickly now.

I really enjoyed reading Kowabana, your first volume of scary stories from Japan. I admit, I found a few of accounts in there really unsettling! When researching the accounts yourself, where there any times you felt spooked and a bit freaked out yourself?

I’m not easily scared by text. I dare say almost never. To me they’re fascinating because I love tales of the strange and also the unique things you find only in Japanese horror. Shinto shrines, jibakurei, curses, etc. There are some stories that make me god “oh man, eww, that’s gross” like Kotoribako, for example, one of my favourite creepypastas and also set near my hometown of Matsue, but in general they’re just fun, not so scary.

You must have a deep interested in the paranormal in general – have you always been interested, and have you ever had any odd experiences of your own?

My mother loves horror movies so I grew up on them. I never had a choice other than to love horror :p I don’t know about odd experiences… I went through a sleepwalking phase when I was a pre-teen that saw me unable to distinguish dreams from reality that really screwed me up for a while.

I still remember it clearly to this day, the feeling of going into my mother’s room when I was about 11 years old and being absolutely certain that I was going to die because of something I dreamt about, and my mother telling me about what happened the next day (I was in a weird state between wakefulness and dreaming). I also suffer from sleep paralysis to this day, which terrifies me. I’ve never been a good sleeper, so my real-life terrors always stem from that.

You write fiction stories, too. Can you tell us what your fiction work is like? Are they horror novels?

I do! I write mainly horror and fantasy. I write dark stuff. My big focus right now is on a set of stand-alone horror novels set in Japan called The Torihada Files. Each story features something from Japanese horror that I’m drawn to (curses, ikiryo, shrines, haunted forests/hospitals/apartments, yokai, etc) and they’re all set within the same universe, but each story is a full and complete story by itself.

I also write various short stories that I submit to anthologies, and every now and then publish a collection of my own as well! I have plans for more fantasy in the future, but right now horror novels are my main focus.

Are you working on anything at the moment?

The second novel in The Torihada Files, a free novella in The Torihada Files universe to give away to my newsletter subscribers, and follow-ups to Toshiden: Exploring Japanese Urban Legends and Reikan: The most haunted locations in Japan. I have plans for more Japanese horror related books in the vein of Toshiden and Reikan as well, but they’re a little further down the track.

What kinds of books do you read yourself, for pleasure? Do you have any favourites?

I wish I had more time to read… I read what I write. Lots of horror, Japanese horror, and the occasional dabble in dark fantasy. I like to support indie authors, being one myself, so I’ve been reading a lot of indie horror collections lately, and I’ve also been digging through any Japanese horror novels I can find translated in English. I’ve read plenty in Japanese, but I’m interested in seeing how other translators translate these works. My favourite Japanese horror novel is probably Gomen Nasai (which sadly doesn’t have an English translation).

What’s the one thing that you find the most challenging in today’s world of writing and publishing?

Marketing. There are 1000s of other people publishing books every day, and a lot of brilliant writers aren’t getting noticed because of all the noise. I’m an introvert, I’m very shy, and I find it hard to really talk to people (even on the internet). So trying to constantly get my work out there and be like “hey, read my stuff!” is very difficult for me.

I want people to find it because they’re interested in it and because they might like it, not because I shoved it in everyone’s face all the time. So I probably market a whole lot less than I should, but I am trying and constantly learning.

Finally, where can readers find out more about you and your work online?

I’m most active on Twitter and if you need to contact me, tweeting me something is probably the fastest way (not DMs, I pretty much never look at those, but I have a column in Tweet Deck always open for replies and mentions).

I also have a YouTube at https://www.youtube.com/kowabanajapan that I’m hoping to expand upon in 2019!

Thanks for your time, Tara!